Jennifer Romolini is the former Chief Content Officer for Shondaland.com and the author of Weird in a World That’s Not which is a fresh, honest take on traditional career advice. In our conversation, Jennifer gives hope and high fives to the misfits and outsiders with her vulnerable and candid straight talk on how she’s found success in her personal and professional life.

Behind Her Brilliance: Grit

JENNIFER ROMOLINI | Jennifer Romolini is author of Weird in a World That’s Not, a career guide for misfits. She is the former chief content officer of Shondaland.com, a site founded by television producer Shonda Rhimes. She was previously the editor-in-chief of HelloGiggles, the editor-in-chief of Yahoo Shine, and oversaw all editorial operations for Yahoo’s Lifestyles sites, including Yahoo Health and Yahoo Food.

Before all that, she was the deputy editor of Kim France’s Lucky Magazine and held editorial positions at Time Out New York, Talk Magazine and Inside.com. Her work has appeared in Lenny Letter, The New York Times and many magazines that no longer exist.

-Her leap into the startup world and what she learned there

-What she learned during the process of writing her book, Weird in a World That’s Not

-Jennifer’s perspective on networking and why business is personal

-What Jennifer has learned about leadership throughout her career

-and much, much more

Weird in a World That’s Not (Jennifer’s book)

The Magic Is In You (Lisa Likes) 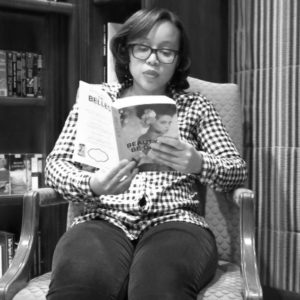