Kirk Moore
Television writer and producer Kirk Moore joins Lisa to share how his journey unfolded since his last BTB appearance and his advice to emerging writers.

Kirk Moore is back to discuss his journey as a writer, his reflections on diversity in entertainment, what he’s learned and how he’s applied it, the importance of community for writers, why self-care is not negotiable for artists, and much more.

Kirk A. Moore has worked as a writer on some of the most buzzed-about series on television, including American Crime, Marvel’s Runaways and Netflix’s series 13 Reasons Why, while also serving as a supervising producer for Tom Clancy’s Jack Ryan on Amazon. The multihyphenate is nowhere near finished placing his stamp on the industry; it was announced in July that Moore is working with Will Packer Media and Fox to develop a family drama titled Free Will, which will focus on a Black family running a psychic business in New Orleans, no doubt drawing on Moore’s own stint working the graveyard shift for a psychic company before his big break. Outside of his work, the Houston native, who broke into the television world as a member of NBC’s Writers on the Verge talent program, has been outspoken about the lack of diversity in television writers’ rooms, telling the Los Angeles Times, “People in my position are either not selling shows or not moving up in the room. If we are gonna talk about Black Lives Matter … then you actually have to let people of color run the room.”

-Kirk’s work and developments since his last BTB appearance

-The importance of discipline as a writer

-Kirk’s perspective on networking and community in career growth

-Kirk’s take on dealing with rejection

-Kirk’s advice to his younger creative self

The Godfather of Harlem (Lisa Likes)

For Life on ABC

His House on Netflix (Kirk’s pick)

One Night in Miami on Amazon Prime (Kirk’s pick) 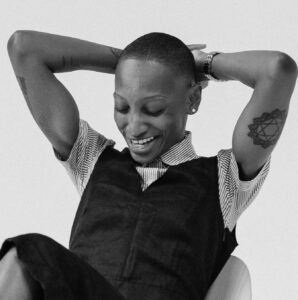